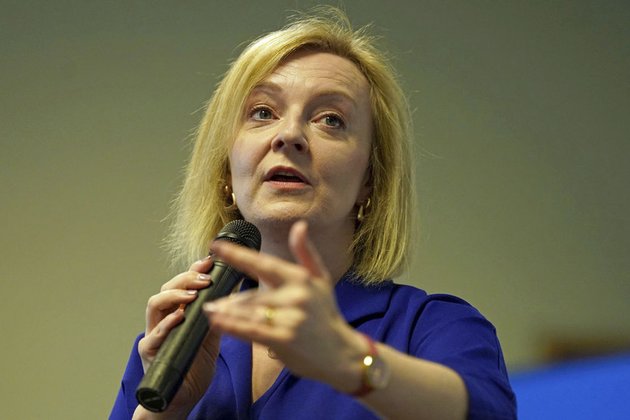 Britain is facing a "tough winter" amid growing fuel and food prices, PM candidate Liz Truss admitted on Friday, adding that "business as usual policies aren't working" and thus special measures should be taken to prevent a recession.

In an interview with Sky News, the Tory leadership hopeful touched on the burgeoning energy crisis, which has been exacerbated by anti-Russia sanctions and a decrease in Russian natural gas supplies to Europe. While the UK is not dependent directly on Moscow for fuel, it is still suffering from growing energy prices and rising living costs.

"I know it's going to be a tough winter, I want to do all I can to make sure we are releasing the reserves in the North Sea of gas," said Truss, who currently serves as foreign secretary.

The energy and cost-of-living crisis in the UK continues to intensify, with annual household bills expected to surpass Pound 3,300 ($3,971) this winter, according to energy consultant Cornwall Insight. As many as six million British households could be subjected to power cuts this winter if Russian gas supplies to Europe stop, The Times reported Sunday, citing a Whitehall document.

When it comes to helping Brits with fuel bills, Truss pledged to impose a temporary moratorium on the green energy levy.

"Business as usual policies aren't working, we need to do more and that's why I am determined to reform the economy and to keep taxes low," Truss, who earlier pledged Pound 30 billion in tax cuts, explained.

Among other priorities, she discussed lowering the cost of national insurance which, in her opinion, would "put more money in people's pockets."

Truss's competitor, former UK Chancellor Rishi Sunak, has been criticizing her fiscal approach. He claims that the proposed tax cuts could lead to inflation becoming entrenched, which would "be incredibly damaging for millions across the UK."

The winner of the leadership race will be announced on September 5, after a postal vote of around 150,000 Tory party members.

Meanwhile, the upcoming winter is a matter of deep concern for EU officials, too. Earlier this week, the bloc's top diplomat, Josep Borrell, warned that the EU may run out of gas during the upcoming cold season.

"Europe is facing a perfect storm: energy prices are up, economic growth is down and winter is coming," he said.

Russian President Vladimir Putin has rejected Western accusations that Moscow could cut off gas supplies to the EU, stating that Russian energy giant Gazprom was "ready to pump as much as necessary" but that the EU had "closed everything themselves." He previously called the bloc's sanctions on Russia "insane and thoughtless," and accused EU leaders of committing economic "suicide" under orders from the US.

Even before the Russia-Ukraine conflict, British consumers were seeing sharp hikes in energy costs. The price cap announced by the regulator Ofgem in early February, which went into effect in April, marked a 54% increase from the previous rate.

ZAGREB, Croatia: Authorities have said that a weekend bus crash near Varazdin in Croatia killed 12 passengers and injured 32.The ...

US, India to hold military exercise near disputed Chinese border

WASHINGTON D.C.: The U.S. will participate in a joint military exercise in mid-October with India, less than 62 miles from ...

MOSCOW, Russia: A leading Russian scientist in the field of hypersonic flight, Dr. Alexander Shiplyuk, has been arrested on suspicion ...

Citing safety of children, LA to move homeless away from schools

LOS ANGELES, California: During a meeting that was disrupted by protesters this week, the Los Angeles City Council voted to ...

WASHINGTON D.C.: The U.S. Justice Department announced this week that former Puerto Rico governor Wanda Vazquez has been arrested in ...