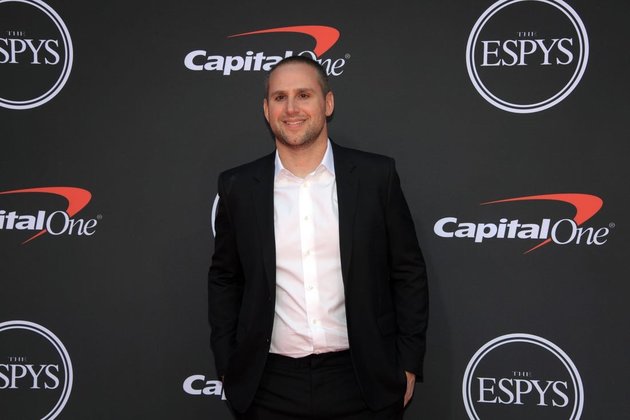 Fanatics CEO Michael Rubin is selling his stake in the company that owns the Philadelphia 76ers and New Jersey Devils, team officials confirmed to ESPN on Wednesday.

Rubin holds a reported 10 percent equity stake in Harris Blitzer Sports Entertainment and has been involved in ownership of the NBA and NHL franchises for 11 years.

"Given Michael's tremendous success growing Fanatics into a global platform across every major sport, his decision doesn't come as a surprise," HBSE founder and managing general partner Josh Harris said in a statement. "I am so grateful for his years of partnership. His fierce passion, entrepreneurial mindset and steadfast commitment to doing the right thing have left an indelible mark on the Sixers organization.

"Michael will always be a member of our HBSE and Sixers family, continue to be a presence courtside and a key partner in our collective commitment to be a force for good in Philadelphia."

According to ESPN, Rubin is stepping away due to looming conflicts with Fanatics expanding into sports betting and individual player partnerships.

Founded in 2011, Fanatics has grown into a $20 billion company that sells licensed college and professional sports apparel and collectibles.

"Michael is a visionary and innovator who has played an integral role in helping us grow and position HBSE for future success," HBSE co-founder and co-managing partner David Blitzer said in a statement. "He has been an incredible friend and business partner over the last 11 years and his instincts, work ethic, passion, and ability to bring people together have helped establish him as one of the industry's most influential and successful leaders.

"Michael has used those same attributes to help us evolve and grow, all while becoming a driver of positive, inspiring change in our communities. As he prepares for this new chapter in his career, I'm excited to watch Michael further revolutionize the Fanatics business, unlocking its full potential by connecting sports fans from around the world through a multitude of new platforms and verticals."

SOFIA, Bulgaria: Russian diplomats and their families departed Bulgaria over the weekend, amidst heightened tensions between the two eastern European ...

No end in sight as South Africa suffers thru power cuts

JOHANNESBURG, South Africa: More frequent power cuts in South Africa have affected households and businesses across the country, with state-owned ...

HONG KONG: An engineering vessel with 30 people on board went missing 200 miles off Hong Kong after it snapped ...

As Covid cases rise in France, no return to mandatory restrictions

NICE, France -As some 1,000 Frenchmen are being hospitalized daily with Covid infections, French officials have "invited" or "recommended" the ...

BRUSSELS, Belgium: Negotiations on a free trade agreement between the European Union and New Zealand ended successfully this week, paving ...

CAIRO, Egypt: Egyptian authorities have prohibited swimming in a stretch of the Red Sea after an Australian woman was killed ...

Birds of Prey (and the Fantabulous Emancipation of One Harley Quinn