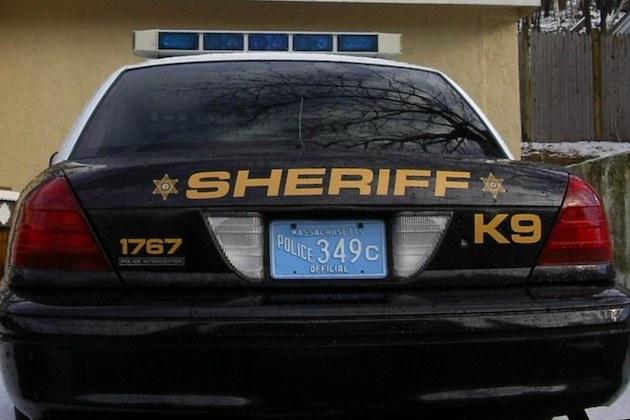 Fewer than one in five Bay State voters can correctly name their local sheriff, according to a recent survey.

To fill that knowledge gap, the American Civil Liberties Union of Massachusetts has launched a voter education campaign to raise awareness about the life-changing decisions that sheriffs have the power to make.

Sheriffs oversee roughly 6,000 people every day in houses of correction and county jails. Laura Rotolo - director of the ACLU of Massachusetts field team - noted that 670,000 voters in 2016 cast votes for other elected offices, but left the sheriffs' space blank.

"That's over half a million votes," said Rotolo. "People that got out of their homes, went to the polling location, and did not make a choice for sheriff. And sheriffs have a really important role to play in the criminal legal system, in public safety, and in our communities."

Rotolo noted that sheriffs get multi-million dollar budgets from the state Legislature, to then allocate toward various programming - from addiction and mental health treatment to educational, vocational, or transitional programs.

Massachusetts sheriffs serve six-year terms - the last time they were up for re-election was 2016.

In the survey, about two-thirds of voters did not think sheriffs have a major impact on the criminal legal system, but Rotolo emphasized that they do.

She noted that folks in county facilities are serving sentences of two-and-a-half years or less, and it's important to make sure they are ready to re-enter their communities.

"And they come back either ready to reenter and to join their communities or having spent two and a half years without adequate education and treatment," said Rotolo. "Sheriffs are the ones who make those decisions every day. And really it comes down to voters who are the ones who can hold them accountable."

In 2016, not a single incumbent sheriff lost their seat, and only four even faced challengers.

The campaign urges voters to get educated on the candidates, and select ones who are committed to transformation and healing rather than retribution and punishment.

This year's Massachusetts primary election is September 6, and the general election is November 8.

Support for this reporting was provided by the Carnegie Corporation of New York.

BELGRADE, Serbia: Belgrade was paralyzed this week by a series of bomb threats, including against schools, bridges, restaurants and a ...

WASHINGTON D.C.: In a tweet this week, Amazon founder Jeff Bezos criticized President Joe Biden for the second time in ...

As food prices rise, Iranians take to the streets to protest

TEHRAN, Iran: According to social media posts, protests that began last week across Iran over a reduction in state subsidies ...

China lashes US for change on website supporting Taiwan independence

BEIJING, China: China's Foreign Ministry rebuked the U.S. for changing the wording about Taiwan on the State Department website, stressing ...

VATICAN CITY: While recovering from knee problems that have forced him to use a wheelchair last week, Pope Francis announced ...

It's not politics but Holy War for me: Imran Khan

SIALKOT, Pakistan - Pakistan Tehreek-e-Insaf (PTI) Chairman Imran Khan has claimed that a plot to kill him was being hatched, ...