More Swiss banks to provide US information on tax evaders 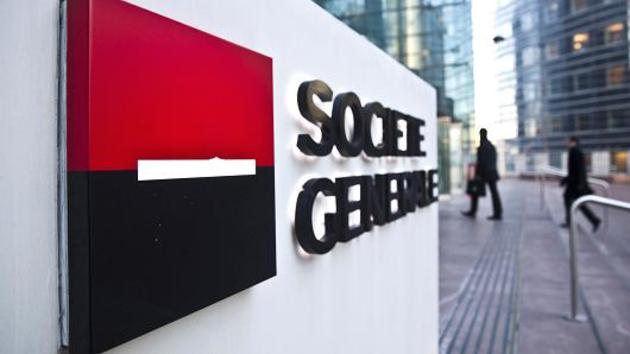 WASHINGTON - Four more Swiss banks, including a subsidiary of Societe Generale, have reached deals with the US Department of Justice to avoid possible prosecution for helping US clients evade taxes, the department said on Thursday.

"The department is currently investigating accountholders, bank employees, and other facilitators and institutions based on information supplied by various sources, including the banks participating in this Program. Our message is clear there is no safe haven."

The Swiss Bank Program, which was announced on Aug. 29, 2013, provides a path for Swiss banks to resolve potential criminal liabilities in the United States by disclosing cross-border activities that helped American account holders conceal assets.

The four banks collectively paid more than $2.2 million with the Lugano-based Societe Generale coughing up the largest amount - $1.36 million.

The Swiss Bank scheme allows banks to pay fines in return for the Department of Justice (DoJ) waiving criminal prosecutions.

MediBank was hit with $826,000 fine after taking clients from UBS when that bank was being prosecuted by the US. The DoJ said that MediBank had hired a UBS client relationship manager in a bid to poach clients and their assets from Switzerland's largest bank.

LBBW Switzerland ($34,000) and Scobag private bank ($1,090) got off relatively lightly largely by dint of holding less secret money from US tax cheats.

"The faster it happens, the better it is for everyone," he said, according to swissinfo.ch.

International pressure since UBS was prosecuted in the US in 2009 has forced Switzerland to give up its tough banking secrecy laws. Switzerland has committed to adopting the automatic exchange of tax information by the beginning of 2018.

"No longer is it safe to hide money offshore and expect that it will not be discovered. IRS CI Special Agents will continue to follow the money to find those who circumvent the offshore disclosure laws and hold them accountable."

ZAGREB, Croatia: Authorities have said that a weekend bus crash near Varazdin in Croatia killed 12 passengers and injured 32.The ...

US, India to hold military exercise near disputed Chinese border

WASHINGTON D.C.: The U.S. will participate in a joint military exercise in mid-October with India, less than 62 miles from ...

MOSCOW, Russia: A leading Russian scientist in the field of hypersonic flight, Dr. Alexander Shiplyuk, has been arrested on suspicion ...

Citing safety of children, LA to move homeless away from schools

LOS ANGELES, California: During a meeting that was disrupted by protesters this week, the Los Angeles City Council voted to ...

WASHINGTON D.C.: The U.S. Justice Department announced this week that former Puerto Rico governor Wanda Vazquez has been arrested in ...